Almost five years ago Amy called and said "I found a studio for us."

We're not ready, I told her. We can't afford that. We can't afford not to, she replied. And she booked the appointment to meet with the landlord, Jennifer, who owned hundreds of art studios in The Northeast Minneapolis Art District. Amy said I could come, or she could go alone, but she was meeting Jennifer on Tuesday at 4. 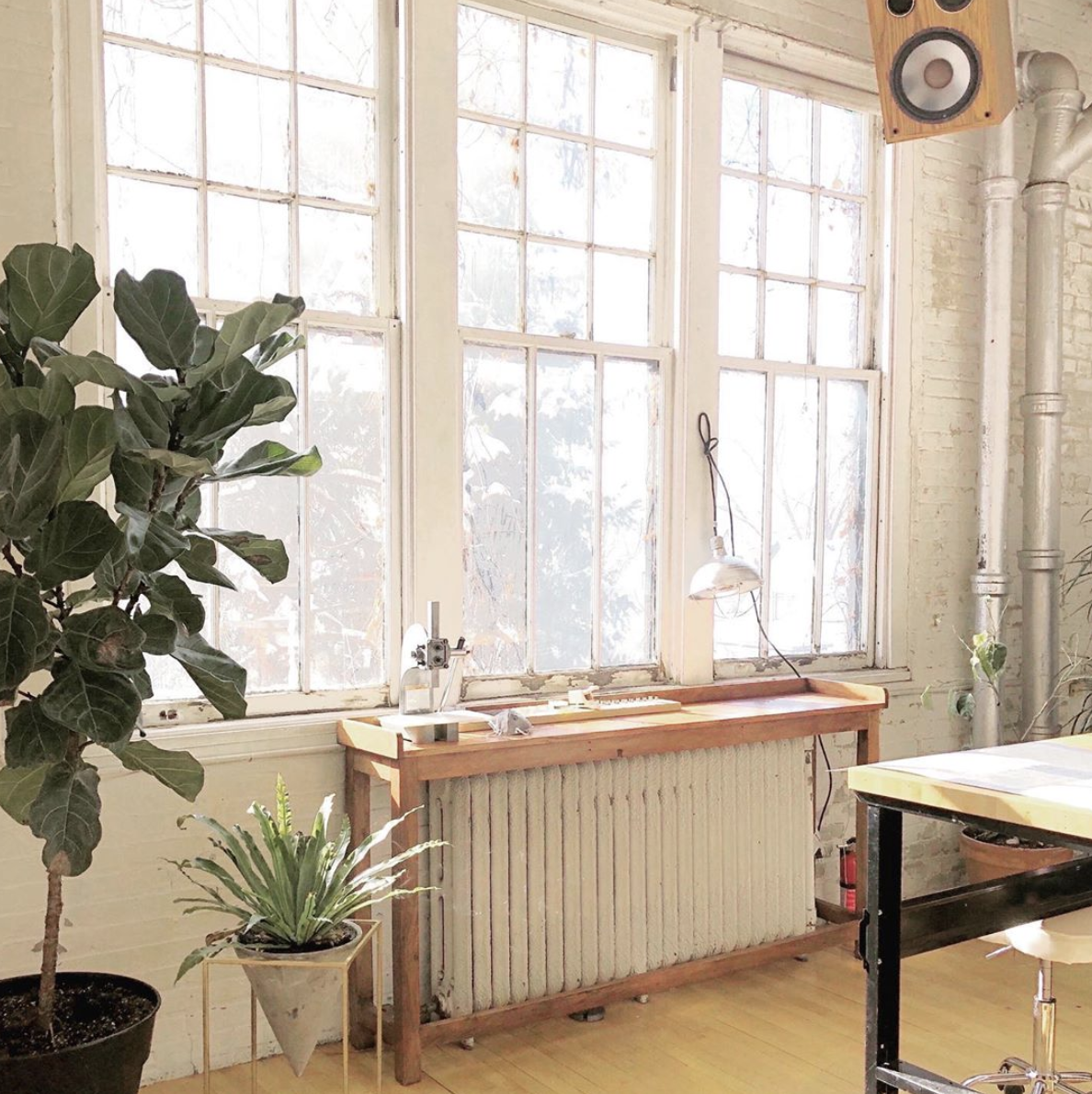 Pulled up, got out, and knew already we were signing the lease. At the time, The Locket Sisters didn't even exist. We were full-time photographers at Woodford Sisters Photography, and we had just begun learning how to make lockets, which I started learning because Amy told me she wanted one. More on that here.

We walked the halls, the studio, the space, talked with Jennifer, got the-best-coffee-in-town at the cafe below the-studio-we-were-probably-gonna-rent.

We had a feeling, both of us. Do you know the one? Where you're excited and scared but you know that if you don't go forward there would be a different kind of scared feeling? The scared feeling where your instincts are sad because you didn't do the thing you knew was right for you? That's a far worse feeling, that let down feeling. We chose to feel the risky feeling. The one that feels like an open plane, a wide open field, a big gymnasium without directions. You gotta step inside and then figure out where to go.

And to date, neither of us have ever stepped onto an open playing field and not figured it out, despite both of us taking leap upon leap. Amy took a break from college and leapt into her modeling career, and it paid off. She moved to New York, Paris, travelled the world, still got her degree, moved her small-town husband to The Big City with her. She does not choose the easy route, she chooses the right one.

I moved to Colorado by myself after college, my then-boyfriend-now-husband came three months later. Quit a toxic job with no plans other than to hurry up and figure it out. Bought one-way tickets to Buenos Aires with my husband. Quit another job - this time one that was healthy and good - after knowing in my gut it wasn't my life's work.

And now, here we are, in the studio where we make your lockets. We craft them meticulously, carefully, with respect for the stories you share with us and the pictures you want inside.

This studio represents more than just white walls and wood floors. It's a spot where we took a risk, leapt into something fiercely unknown and risky to ourselves and our families, and thrived anyway.