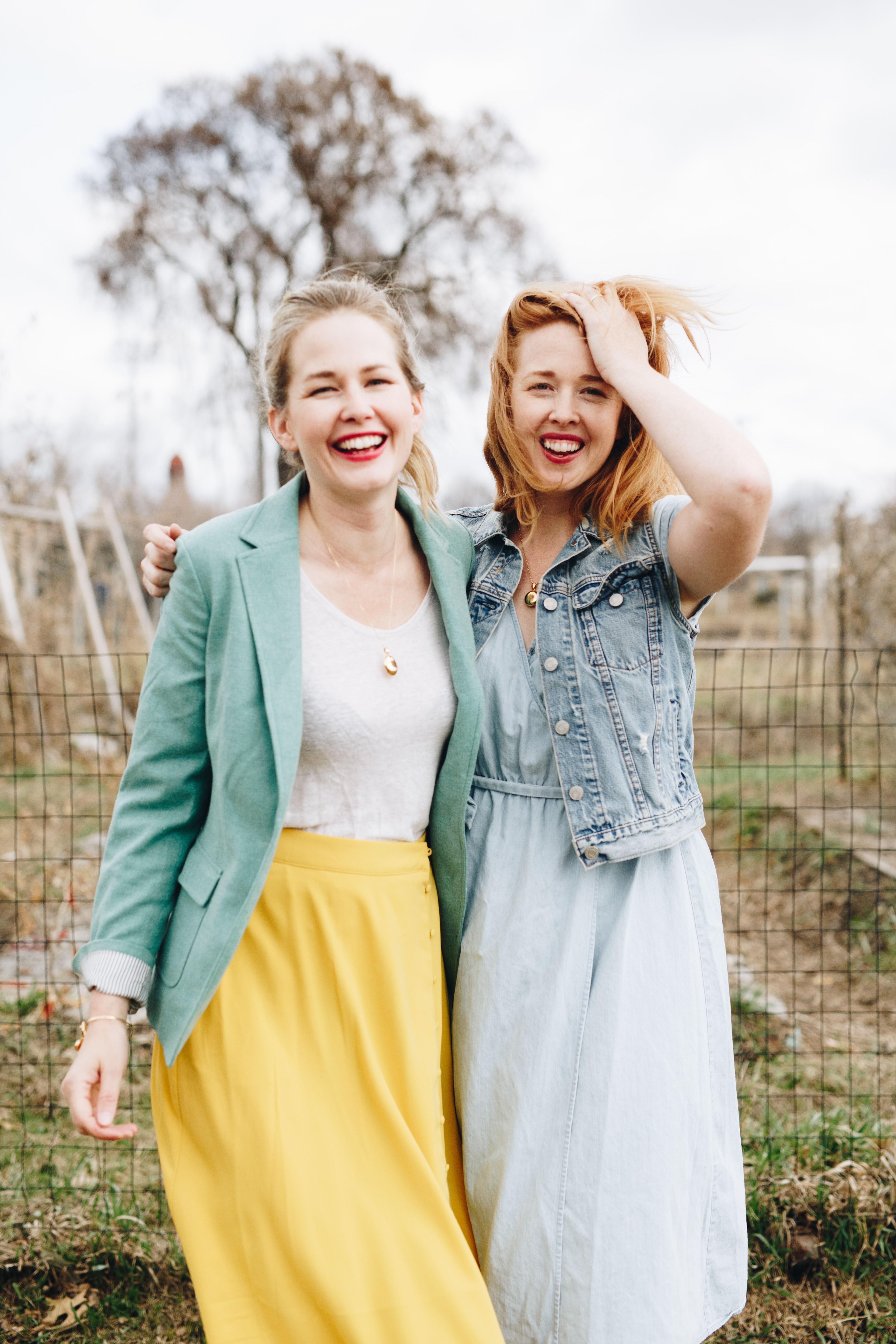 Amy and Allyssa are sisters from Minnesota who started The Locket Sisters in late 2017 from the kitchen table of their childhood home. Three and a half years before that they merged careers with their popular photography studio in Minneapolis, where they offered their locket designs exclusively to their clients. They quickly learned there were more people who wanted to hold a photo close, so they expanded.

Before this work, Amy spent her career in NYC, Paris, and traveling as a model on runways and in print. She was based in Brooklyn until 2013 when she and her husband and three kids moved to a home on three acres outside of St. Paul, MN. Meanwhile, Allyssa worked for non-profits in Denver, CO, and Minneapolis as an advocate for children, youth and families. Their careers collided at the right time, in the summer of 2014, and they've grown every year since inception.

The Locket Sisters has since grown to offer custom lockets to dozens of countries, an expanded line including 14k gold, multiple shapes and sizes and designs, and the first locket company to actually put the photo inside the locket for you. They've partnered with many organizations to donate proceeds and give back to the community, and the speed of their popularity is picking up.

To dig in deeper on The Locket Sisters and the two women behind this work, connect on Instagram.