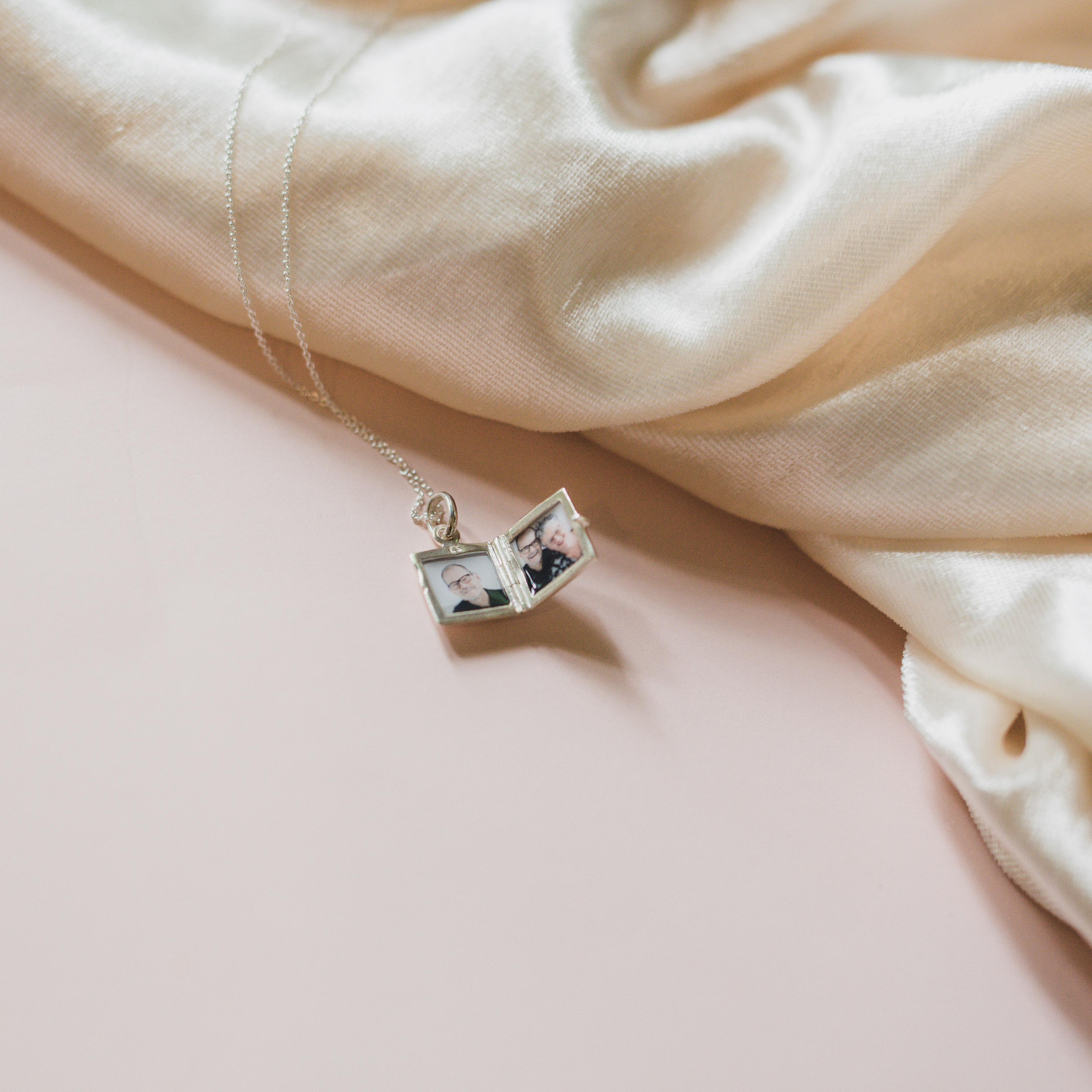 The Dorothy Locket is named after my my Mom's best friend of almost 40 years. I brought her a jar of homemade soup and another of flowers from my garden on Tuesday evening because she taught me to do that for people when she did that every time my Mom had cancer or my family needed anything. ⠀

My Mom has had cancer three times. Three different times. Not like it happened, then it relapsed, but like three distinct times her bought fought cancer. Stage 4, then just a little pollup that needed to be removed, then Stage 2. Or at least that's how I remember it. I was 19, 23, and 28.

Each time, or any time really, her best friend Dorothy showed up in every way you can think. With coffee and laughter, with phone calls, with food and flowers. And one time her generosity and show-up-ness that happens over and over again without being asked brought me to my knees, taught me a good life lesson, and I can still picture how it all happened. And if you can believe it, this happened not during cancer, but when my Mom had a stroke.

At the time, my three older siblings lived out of state and I had just moved back to MN. My little brother was kinda bouncing around then. I had just started a new job running an after-school program at an affordable-housing high rise in St. Paul, and was working late to get the program ready for launch.

I got a call from my Dad that evening. He told me that my Mom had a stroke and where they were. It had happened like eight hours before and he was just calling me. Whatever. I left, went home, called an aunt so she could call all the other aunts, and went toward my Dad.

My mom survived it, as she does with so many things. That weekend, while she was still in the hospital, my sister Stacy came in to town to see my Mom. I was feeling overwhelmed with what to do, what to cook, how to get their house in order so my Mom could rest and my Dad could take care of her while life had to resume on a 9 to 5 schedule. I started to crumble, so I called Dorothy and asked her for help.

I asked her if she could come to the house. If she could bring food. If she could just come over. She told me she'd already made the food and was just packing up her stuff to bring it over when I'd called.

She didn't need the invitation, she just did it.

Dorothy showed up a little later with jars of food, jars of flowers from her garden, and her big laugh and smile and strong-armed hugs.

She told me her jars of food and flowers were her "Jelly Jar Ministries" from recycled jelly jars. A tray full of love, full of nourishment and color and joy and love. From her heart, from her kitchen, from her time.

Last month I took a page from Dorothy's book and showed up with jelly jars because her husband was dying. I told her it was her turn to receive a little lift from the Jelly Jar Ministries. ⠀
⠀
Cory died the next morning. He is already so missed.⠀
⠀
Dorothy's humanity is what I think about every time I make The Dorothy Locket.

And this one here, this Dorothy Locket, was made just for the Dorothy.