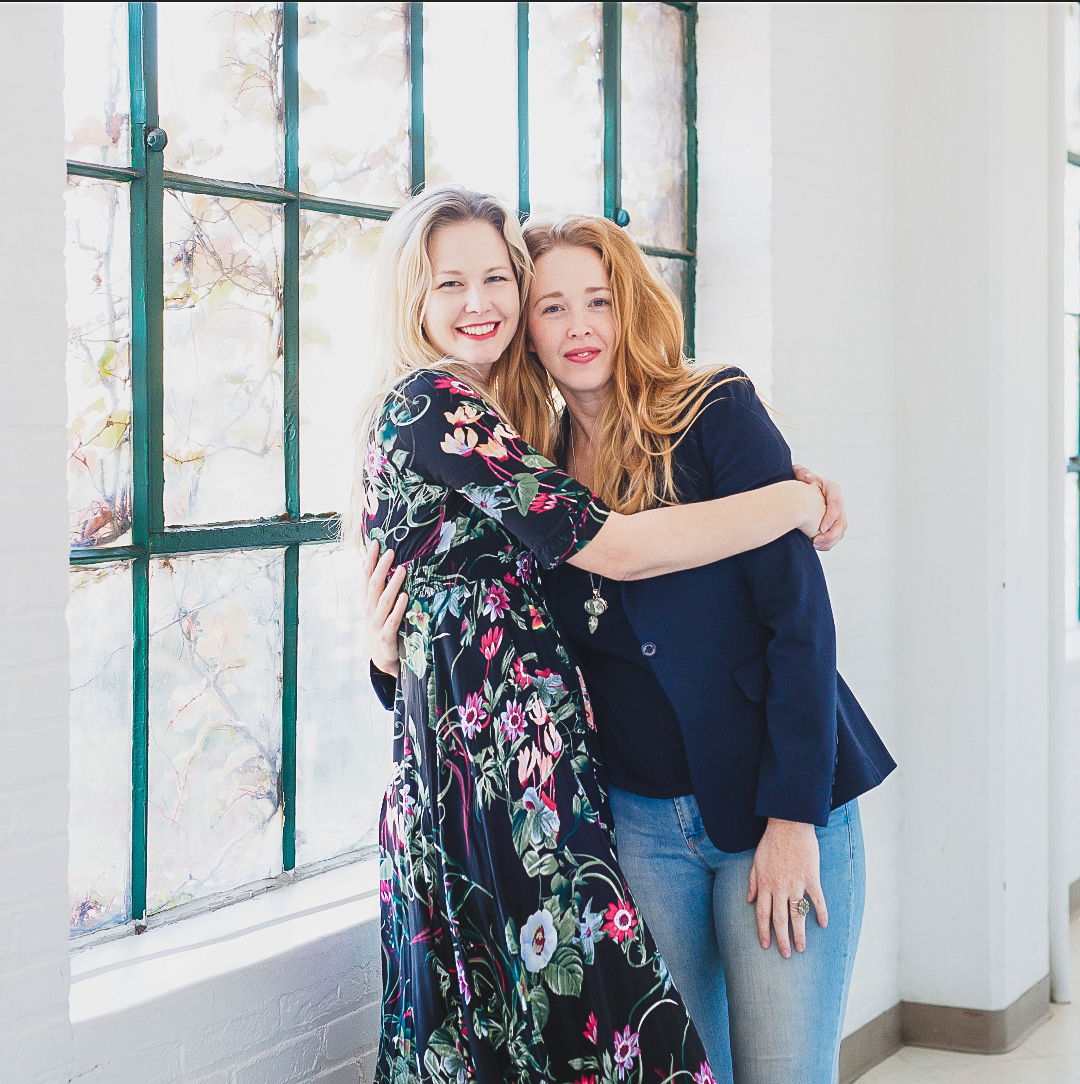 Have you ever had to do something that you knew was gonna be hard but you also knew you kinda had to do it anyway?

About a month ago I told someone that I feel like I’m standing on the edge of something and there’s a transparent wall. I can see what’s next, I just don’t know how to get there. I need to tip.

Amy is moving on professionally from our work together at The Locket Sisters. And to explain why it’s the true thing for her (and I) to do, I have to go back a few years.

In the summer of 2014 I gave birth to my daughter, Penny. I also had a two year old son, and I was feeling a deep urge to leave my full-time job and sync the hours I have on this Earth with my motherhood and my insanely abundant creative energy. It was awful, honestly - that feeling when you know something is true but it’s also really hard and risky but you know you can’t not do it?

A year before Amy and her husband and their three kids (Ozzie, Addie and Henry) left their little NYC condo and moved to three acres in the country near where we grew up. They needed to exhale into some space. Amy was a full-time model (honestly you’ve probably passed at least three of her billboards and advertisements in your lifetime) and maintaining that career became increasingly difficult from MN. It was awful, honestly - that feeling when you know you made the right choices but you still have to rebuild everything?

Six months before that summer we were out for sushi and I told Amy and her friend that I was going to become a photographer. “POOF you’re a photographer?” she laughed. “Yes,” I said. “And you should do it too.”

So that summer she said she was starting a photo business and something jumped up in me and said if you don’t hop onto this opportunity you’ll never fucking do it, Allyssa.

I quit my job. We taught ourselves photography and people paid us money. It worked.

Then three years after that we launched The Locket Sisters.

At some point, your body becomes exhausted and your soul wants you to be true to what you’re here on Earth to do.

Amy is a starter. She lifts women around her up high, carries them on her shoulders until they can carry themselves. I always say she climbs ladders vertically, and this time, with this work, she let me climb with her. Now it’s time for her to climb other ladders.

Our locket studio is inside our photo studio, which is still active, and will remain active. Also, she’s still my sister and I’ll still put my coffees on her tab at the cafe below our studio whenever I feel like it.

Some things are hard to reflect back on until some time has passed, but not this one. This change brings grief to each of us, but mostly it brings a lot of excitement, and that’s how we know it’s the right next thing.

In hindsight, I can see now that for almost six years we carried each other. There's no way I would have had to courage to carry this idea as far as it's come without her perspective. She's brave and calm in a way that makes taking risks the obvious choice.

She was emotional when she told me she had to go, but my first thought was, "OMG, she's tipping me." Giving me one final shove forward into the next phase, like she always does for everyone around her. Gives me goosebumps.

Now it's time for her to go turn more things into gold, and for me to keep spinning the gold we started here. Can't wait.

P.S. Oh, and I launched The Amy Locket today too, because it feels perfect. 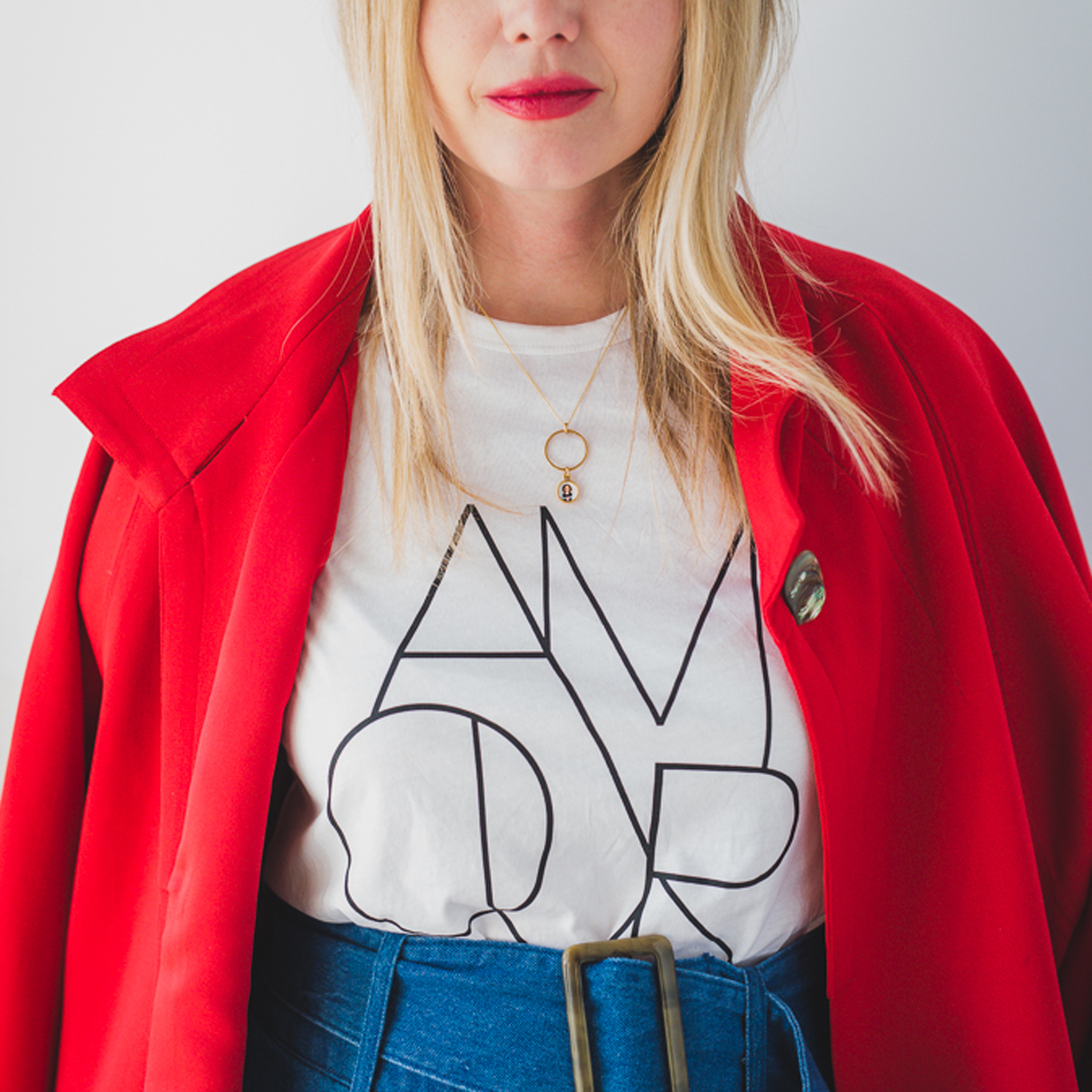